Turkish folk music has a unique structure and combines the distinct cultural values of all the civilizations that lived in Anatolia and the Ottoman territories in Europe. Our folk music has a unique structure that includes regional differences under one umbrella, resulting in a similar richness and variety that can rarely be seen elsewhere in the world.

However, Ottoman military music differs from Turkish folk music and is played with kettle drums, clarinets, cymbals and bells.

The mystical music of the whirling dervishes is dominated by the haunting sound of the reed pipe or “ney”, and can be heard in Konya during the Mevlana festival in December. 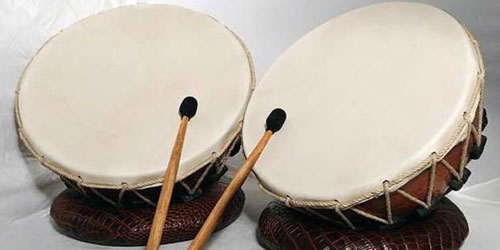 Quite different types and styles of melodies have been created by people from different spheres and stages of life, happy or sad, from birth to death. The minstrel singers, accompanied by the “saz”, ​​have played a very important role in the development and dissemination of folk music.

Although the melodies in our folk music have the same moduli of notes and scale as traditional Ottoman classical music, the melodies known as Makam (melody type system) of the music can be different. Their names differ according to the region: Besiri, Garip, Kerem, Misket, Mustezad.

Why not take a look at the traditional Turkish theater too? Here it is.